Skip to content
Posted by Paul Groves on February 26, 2018

Today was a rather different port of call than any other we have encountered on this cruise. Boca da Valeria is a small and simple village along the Amazon river. There are no cruise ship excursions here, no big hotels, bars or even cars. 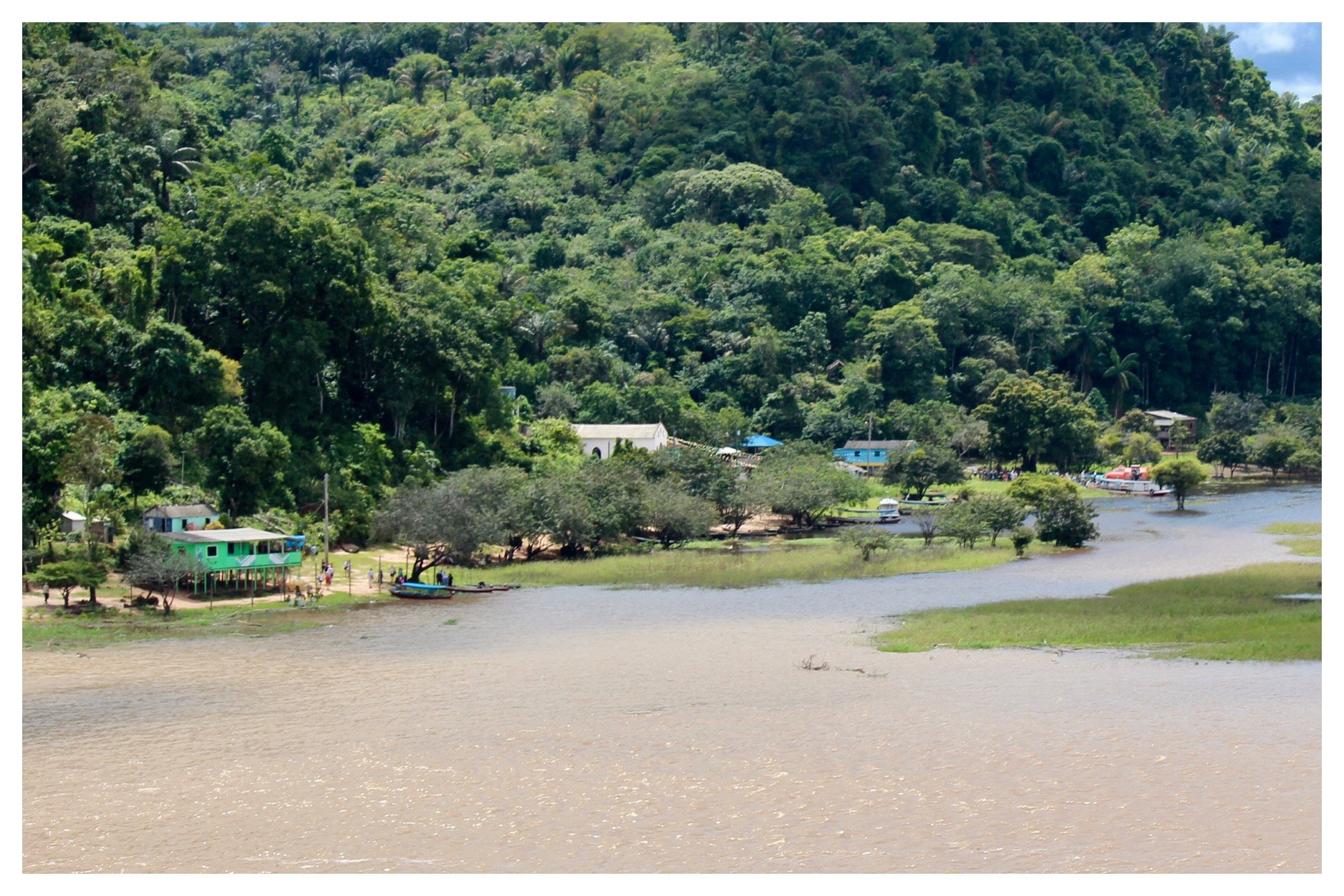 We tendered in to the village dock and were immediately greeted by children and men with signs, “River Tour $5, 30 min”. If you allow them, the children will take your hand and lead you on a tour of their village including their school, church, and probably their family home. 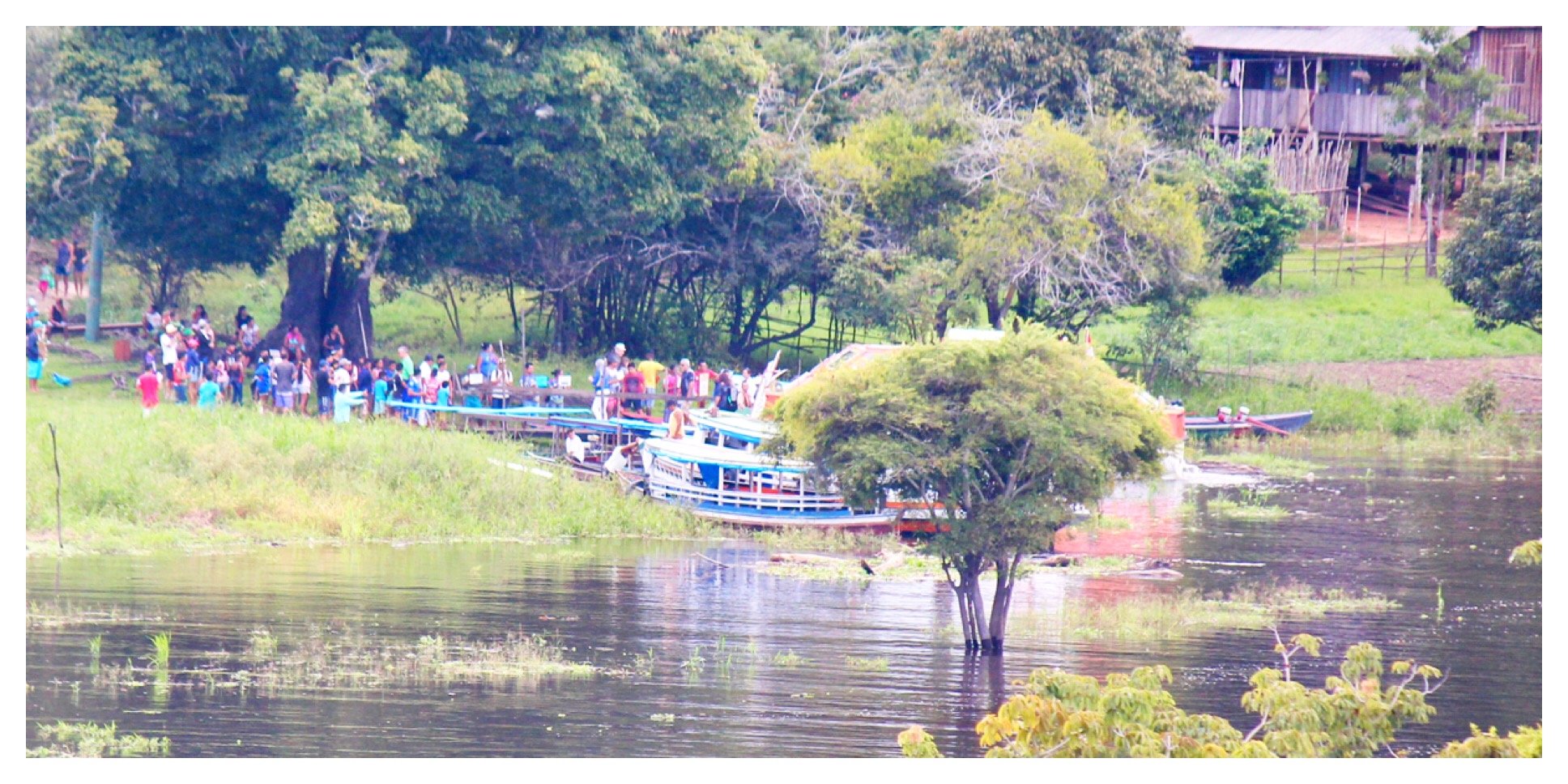 We (Ron, Jane from our dinner group, and I) opted for a river tour in a small covered fishing boat. The boatman spoke no English so there was no conversation, but the scenery spoke for itself. It was only 8:30 in the morning, so the air was still fairly cool and the breeze as we moved made the environment very comfortable. I was watching for the insects that were predicted, but like our other port, we saw very few. Besides the idyllic greenery along the tributary of the Amazon that we traveled, I enjoyed the peace and quiet of the trip. We passed other boats giving tours, but we also passed families (even a dog) who obviously used the river routinely for transportation between villages. Two highlights of the trip for me were a stop in a pond with giant water lilies that measured about three feet in diameter. 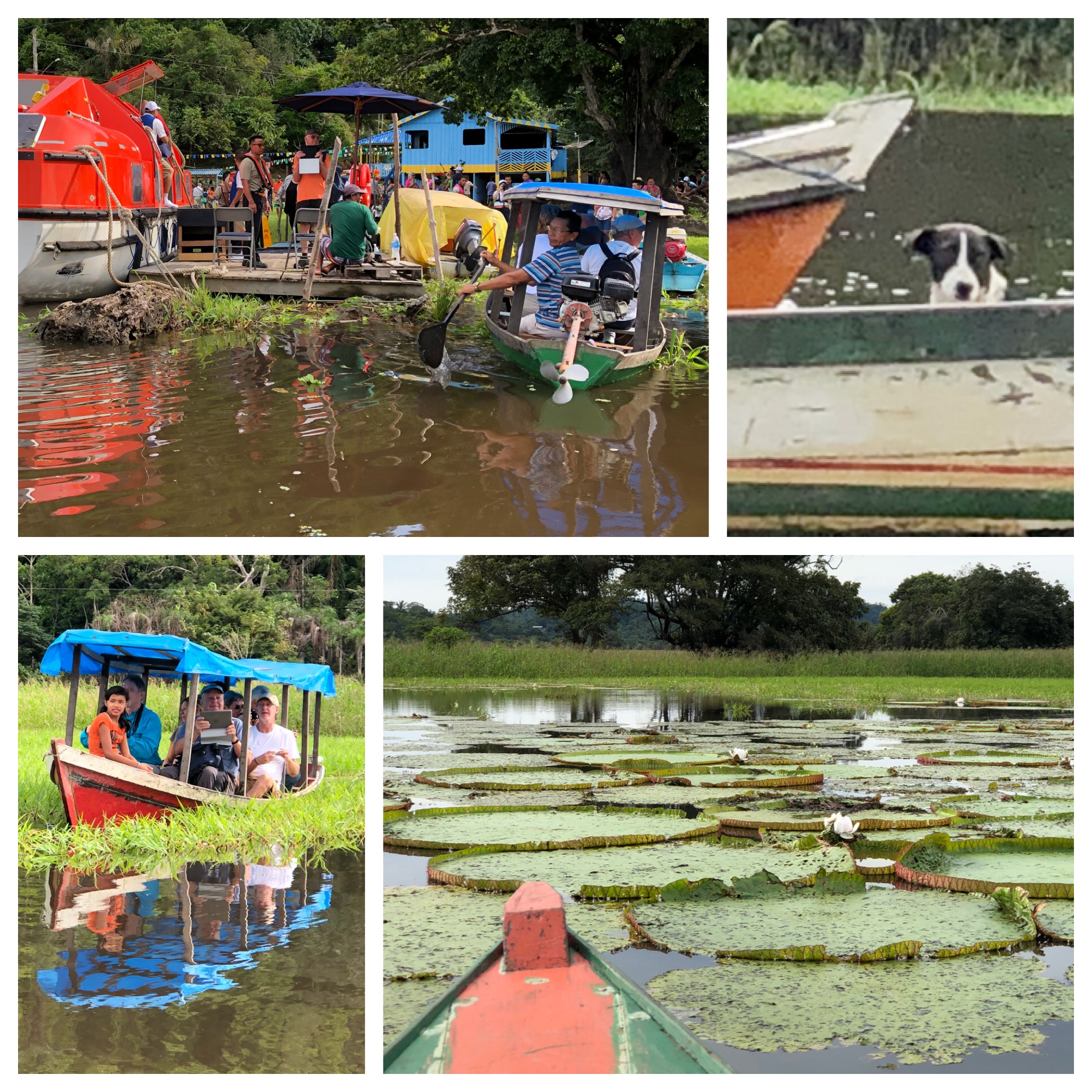 Another great stop was when we traveled up a backwater area and stopped where it was totally silent except for the call of birds and peaceful silence. This stop made me realize how much used I am to constant background noise in my normal life.

When we returned to the village, we explored on our own. Several of the buildings were on stilts since the seasonal water level changes are significant. There were some simple handicrafts available, but we were more interested in taking pictures with some of the “pets” of the locals including a capbara, a toucan, a live caiman, a sloth, and a snake! 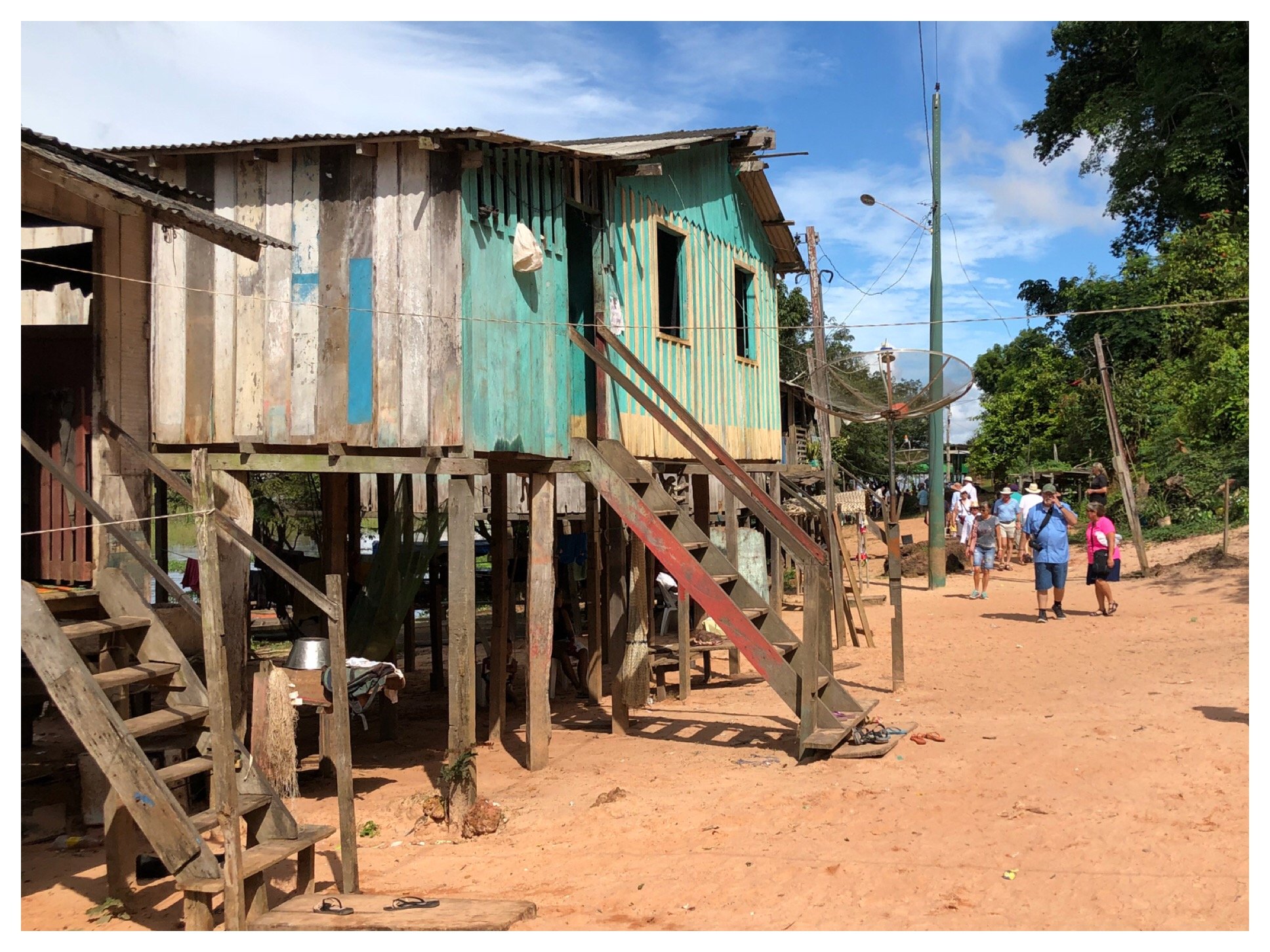 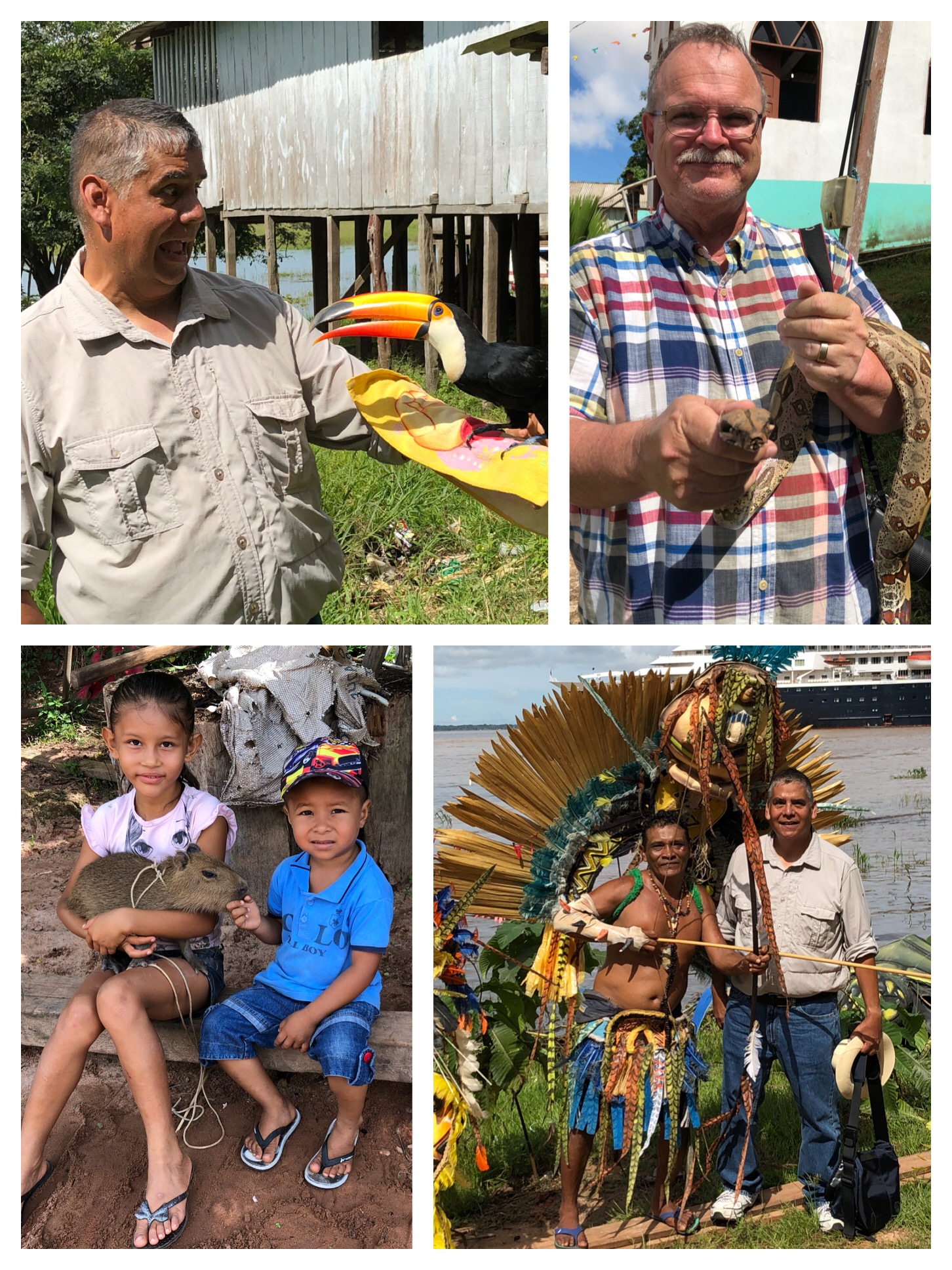 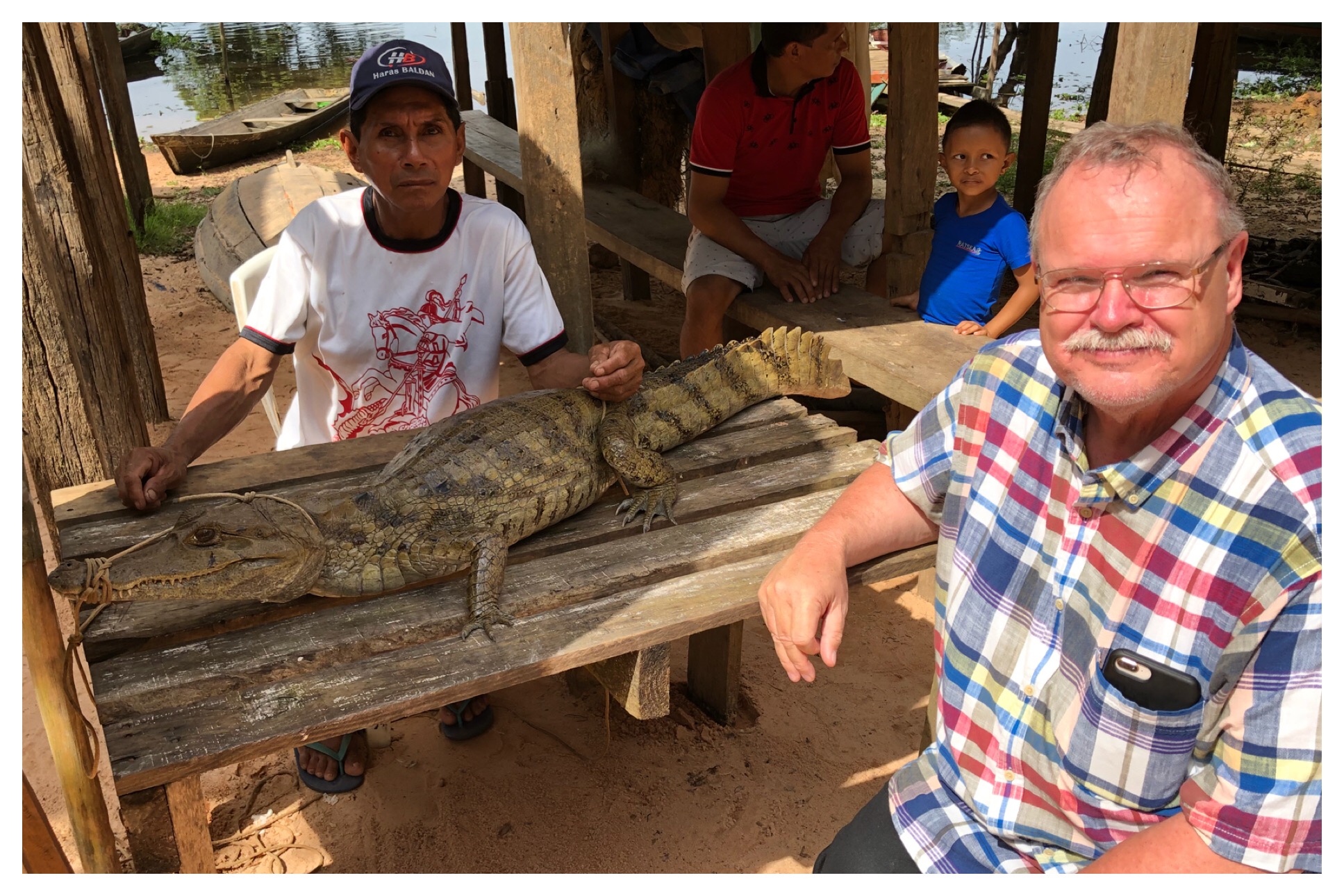 During the cruise, people were able to donate school supplies or money to purchase school supplies to support the one-room school in this village. The dollar we gave villagers for taking their picture and the dollar given to the children for giving a tour of the village was a good way to support a hospitable group of people. All in all, it was a lovely visit where the villagers shared a little about their village and we went away with great pictures and nice memories. 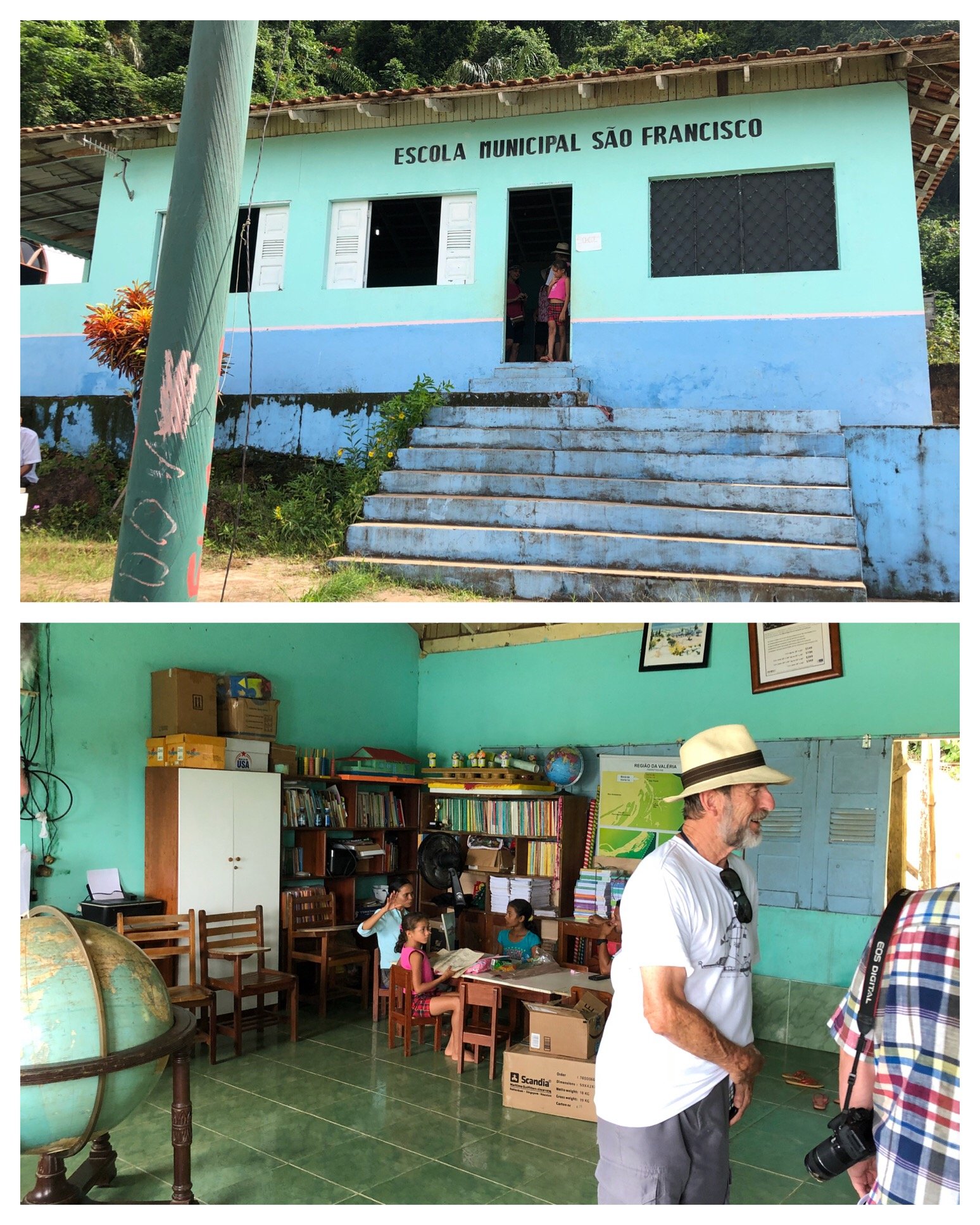