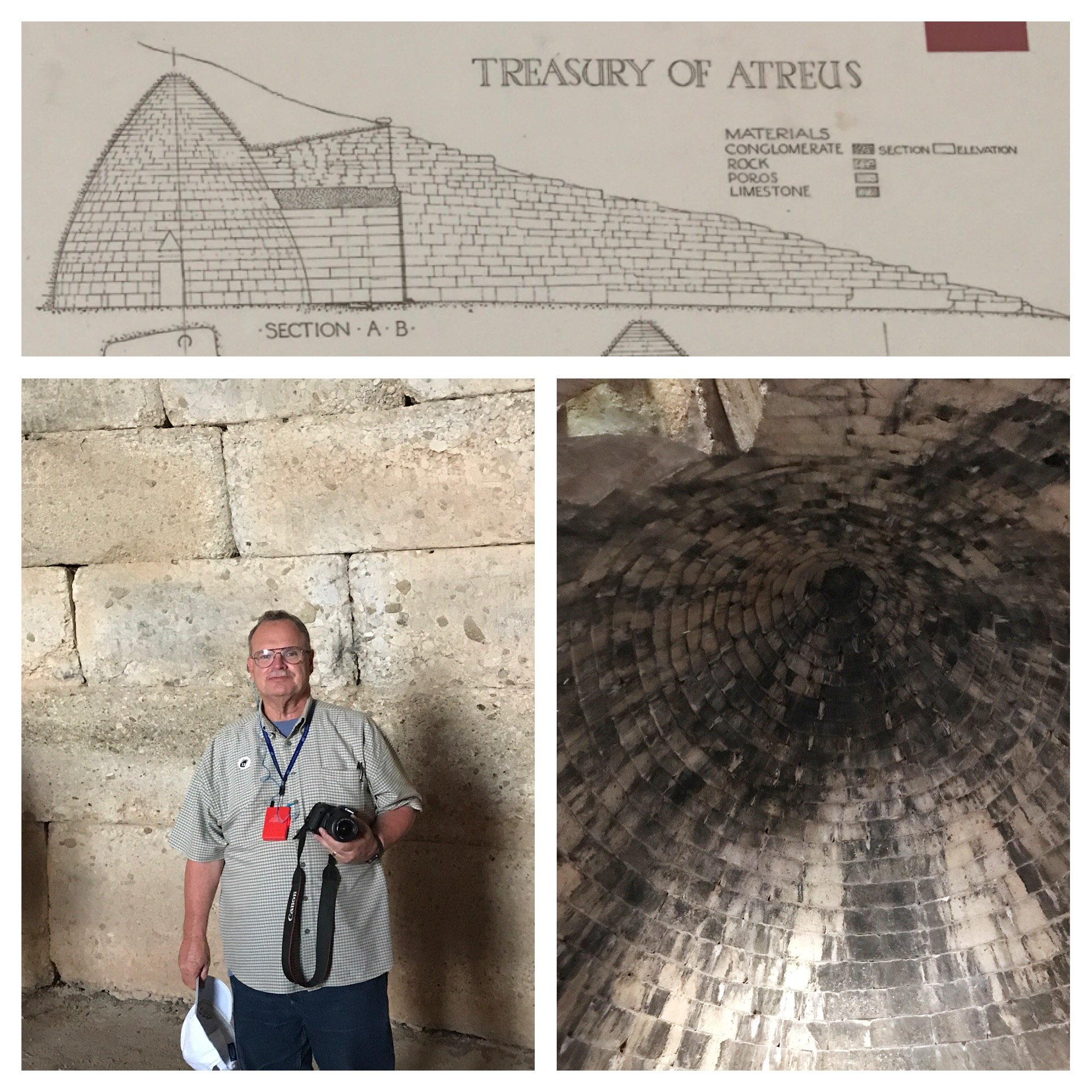 This is one of the best-preserved examples of a “beehive tomb” and dates back from 1300 to 1200 BC. The tomb is reputed to be “Agememnom’s Tomb” but there is no evidence to support that claim. The tomb consists of two rooms: the “beehive” shaped room and a much smaller burial room. Our guide told us that during a burial the larger room is where the family has the farewell dinner for the deceased. The small room is where the body is buried. The tomb is used for a family, so more than one body ends up in the burial room. Generally the entire tomb is buried and appears from the outside as a simple hillock on the landscape.