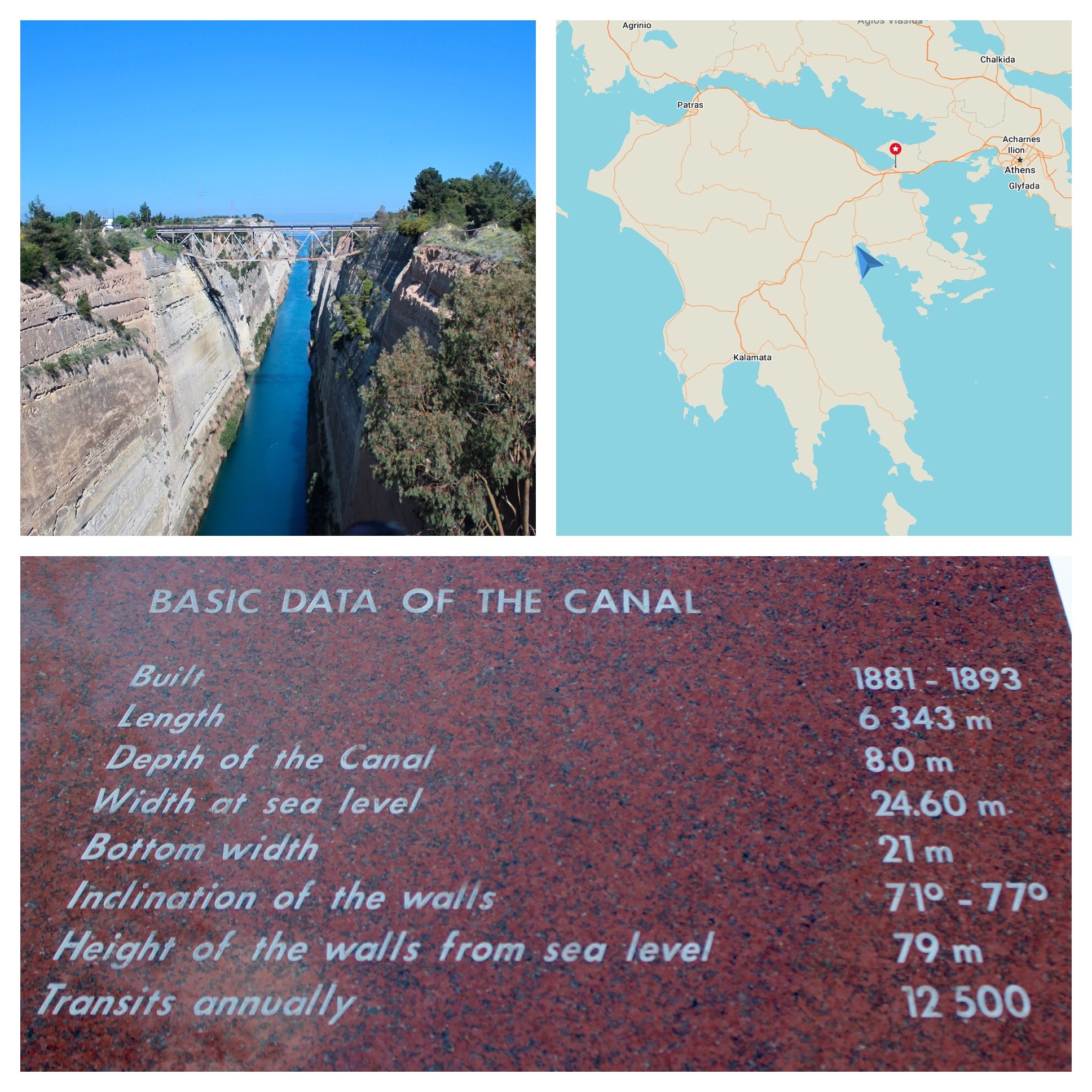 Several rulers of Greece (including the Roman emperor Nero) dreamed of digging a canal through the Corinth Isthmus (red pin on map). When completed it would save ships 431 miles from having to sail around the Peloponnese peninsula to get to Greece’s western port cities. It would also generate a sizable amount of income for the city of Corinth. Construction was formally inaugurated on April 23, 1882, and was completed on July 25, 1893. Today it generates about five million dollars in income.